Duke of Edinburgh 2017…Into the Wild! 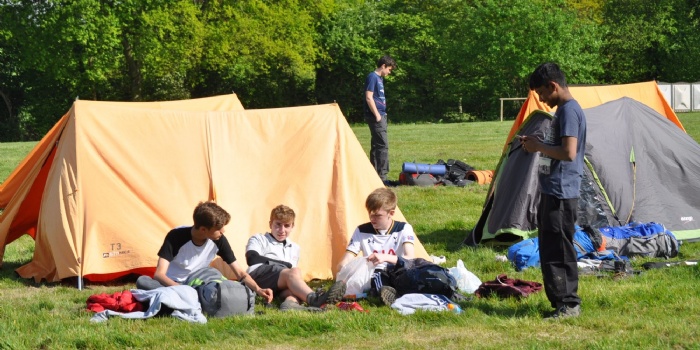 On a beautiful Saturday morning they gathered, rucksack-clad and journey bound. The Duke of Edinburgh adventurers set off on their practice weekend on 13th May; approximately 80 of them. The DofE practice weekend and expedition are just one aspect of the Duke of Edinburgh award; students must also engage in volunteering and a range of other activities over the course of the year. The combination of volunteering and ultimately the expedition is exceedingly beneficial to students’ development and really instils in them a sense of responsibility; which is all too often neglected in the hustle and bustle of everyday life.

Before the journey even got underway, there was quite a bit of excitement as everyone was waiting on the one and only Dr. Meally to arrive; though he does still maintain that he wasn’t late nor was he early. But like Gandalf, he arrived precisely when he meant to!

And so the troupe journeyed onward and eventually arrived at the campsite in East Grinstead where they were no sooner off the bus that they were divided into groups and began learning how to navigate the local terrain, read maps, learn camp skills, pitch tents etc. After a detailed brief by the DofE instructors, they were led on their first trek of the weekend to familiarise themselves with the local area.

Over the course of the weekend they enjoyed an assortment of exotic food including, but certainly not limited to, baked beans, pasta, Dolmio, sausages, stir-fry, chocolate pudding, pod noodle and so on. There was even a case of an absent can opener which provided quite a bit of entertainment for the FCHS staff who accompanied the students.

Finally, the students returned safely (albeit a little sunburnt and blistered) from their own trek on the Sunday after having a 15 km round trip to the campsite. Some snapshots from the weekend can be seen on these pages. We would like to extend our thanks to the FCHS staff who volunteered their time to accompany the students on their DofE: Mr. Welsh, Dr. Meally, Ms. Moggan, Ms. Reilly, Mr. Cronin, Mr. Janata, Mr. Hastings and Mr. Grant. 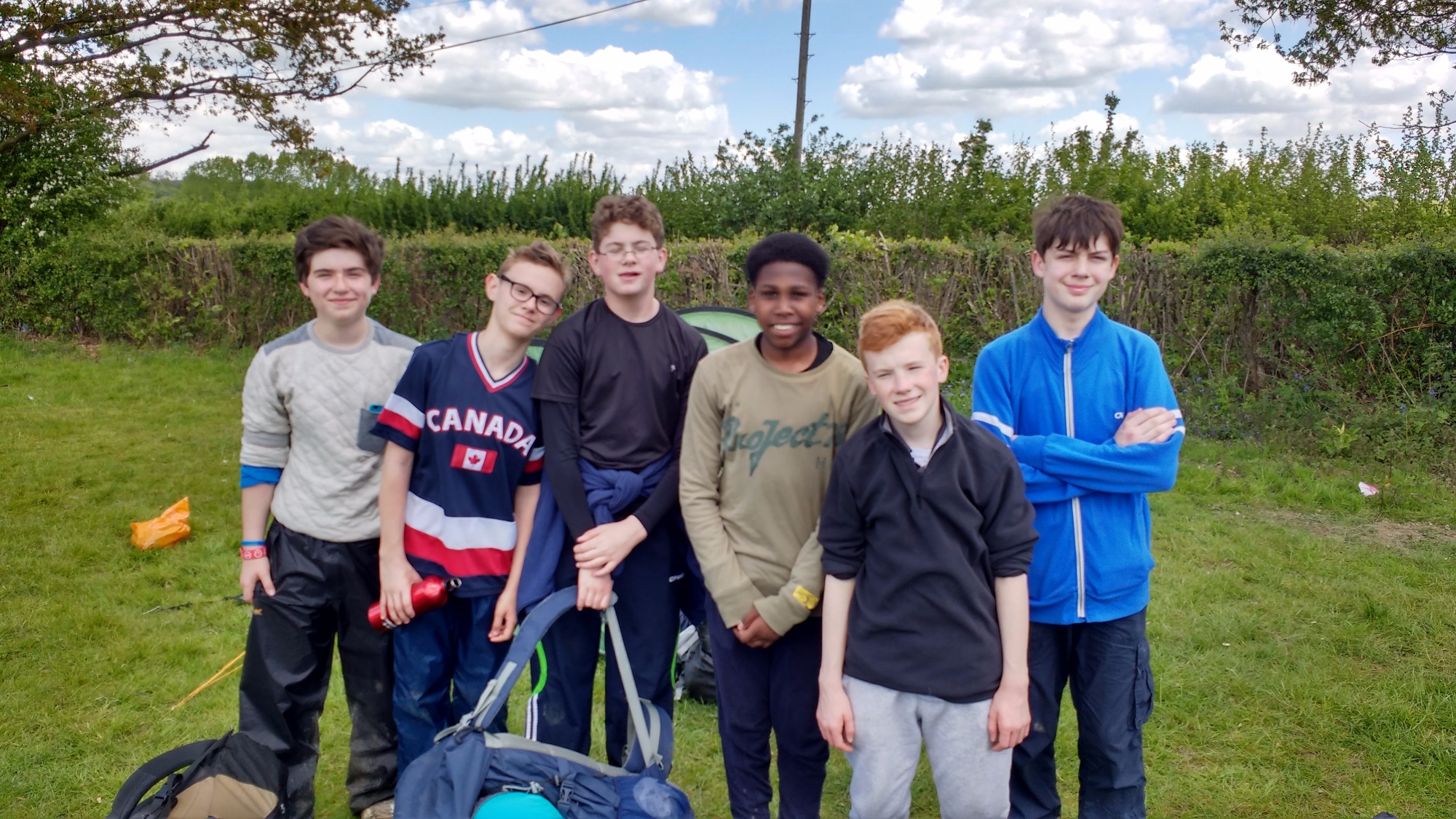 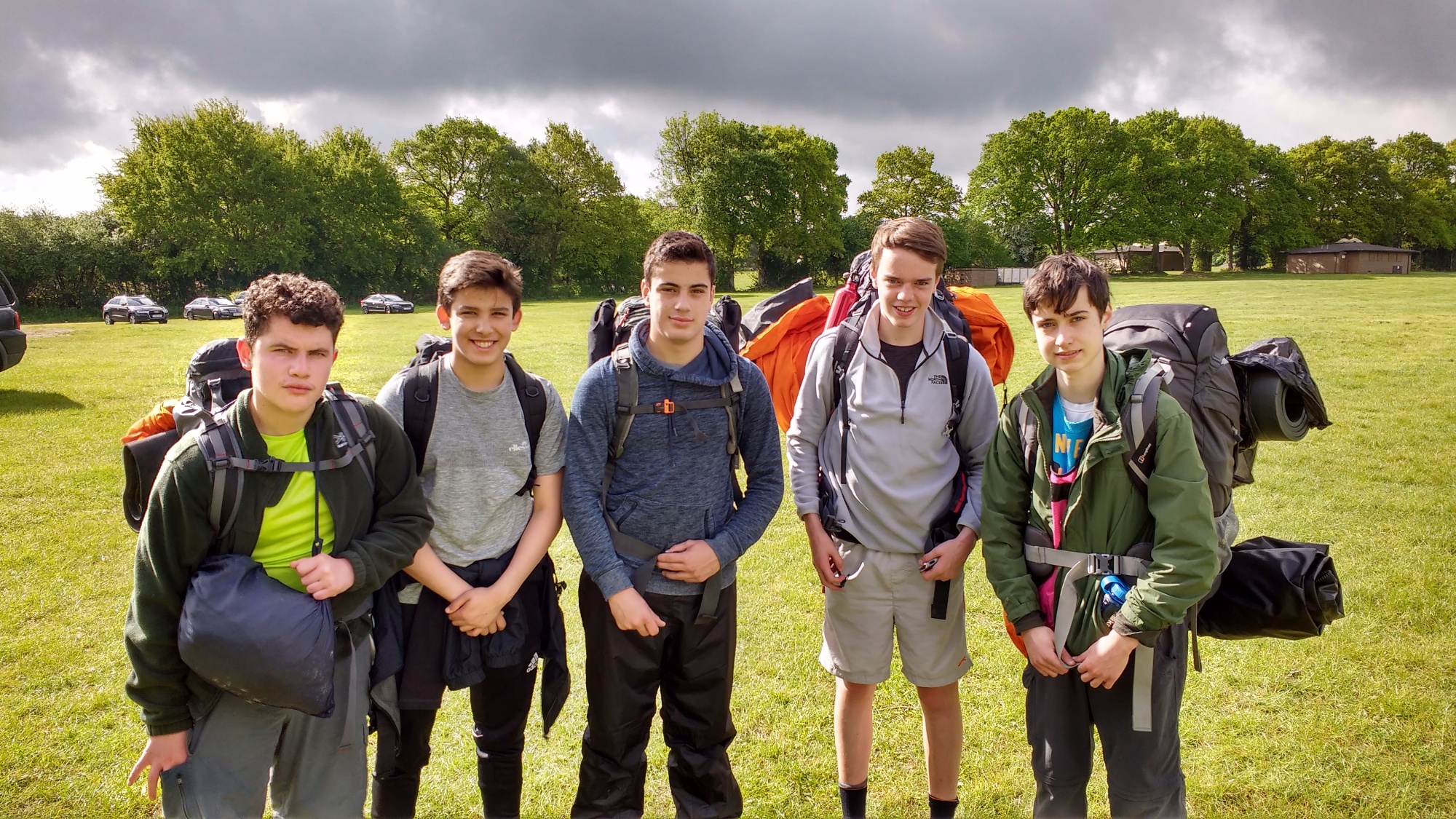