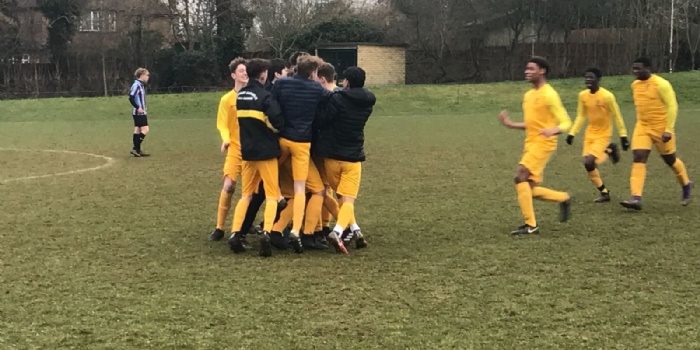 Finchley were heading into the biggest game the team has had since they have been at the school.  The National Cup quarter final.  Merely saying it seemed inconceivable, Finchley were in the top 8 school teams in the whole of England and had the chance to make it into the top 4.  They had the chance to play in a National Cup semi-final.  Every player knew what was at stake, it was a massive occasion, the biggest match of their lives. But the question was, could they rise to it?

The game began with a cagey opening 5 minutes, neither team wanted to leave themselves exposed, a half chance for Ehimen deflected wide was all there was to take note of.  However, this tentative opening was soon to be interrupted by the whole of year 10!  Finchley’s entire year group had been permitted to come and watch the game and they made quite the rowdy entrance, as they marched down to the pitch the chanting began.  Immediately the atmosphere became electric and contagious, the crowd’s presence seemed to spur our players on and intimidate their opposition as they started winning more tackles and more headers.  The contagious atmosphere buzzed from fan to fan, player to player, the crowd acted as the twelfth man for Finchley and no doubt managed to help the team to their eventual victory!

It soon became clear to everyone that Finchley were going to be the dominant side in this fixture.  The defence was withstanding the counter attacks, the midfield was keeping possession and winning it back comfortably, and they were getting into dangerous positions in the final third of the pitch.  Finchley’s early dominance was soon to be rewarded, the ball had been whipped into a channel for Ehimen to chase, Ehimen got there first and with his back to goal took it round the defender and was bearing in on goal. Ehimen pulled the trigger and manged to strike the ball straight into the top corner like an absolute arrow from the right side of the edge of the box.  The crowd erupted with jubilation and the Finchley fans streamed towards the corner flag to go and celebrate with the team! 1-0 Finchley!

The first half continued in a similar manner, Finchley continued to dominate the tie as they carried on creating chances whilst Colne Community School barely got a sniff.  The half time whistle was greeted with a thunderous round of applause as the fans showed their appreciation for Finchley’s performance as they headed into the dressing rooms for the break.

The players came out in the second half and played on in the exact same way. They played with intensity, passion, hunger and desire, about 2 minutes into the second half an opening was found, Alex switched the play fantastically and Louis was suddenly clean through on goal, the only thing which prevented him from a certain goal was the Colne Community School’s full back completely wiping him out.  The full back received a yellow card for the goal preventing foul.  However now Finchley had a free kick in a dangerous position, Alex was standing over it as the keeper lined up his wall, a sense of anticipation hung over the crowd. Alex ran up to the ball and whipped it round the wall, it bent and curved its way right into the side nettings of the goal!  Finchley led 2-0!  Again the crowd exploded with delight and the teachers roared their approval, a moment of magic from Alex had doubled Finchley’s lead!

The team cruised through the rest of the half comfortably, Finchley dominated all areas of the pitch once again and always looked like they were the better team on the day. Colne Community School only managed to create one chance throughout the entire game, a floating free kick struck the bar and their player headed the rebound goalward.  However Jason made a miraculously acrobatic save as he dived towards the ball and clawed it away keeping Finchley in control of the fixture.  There was now a growing feeling of anticipation descending upon Southover, chants of “2-0 to the Finchley” and “we’re the famous Finchley and we’re going to Wembley!” rang through the grounds.  The ref finally blew the final whistle and relief washed over the players and the fans!  Finchley had made it!  We were in the National Cup Semi Final! 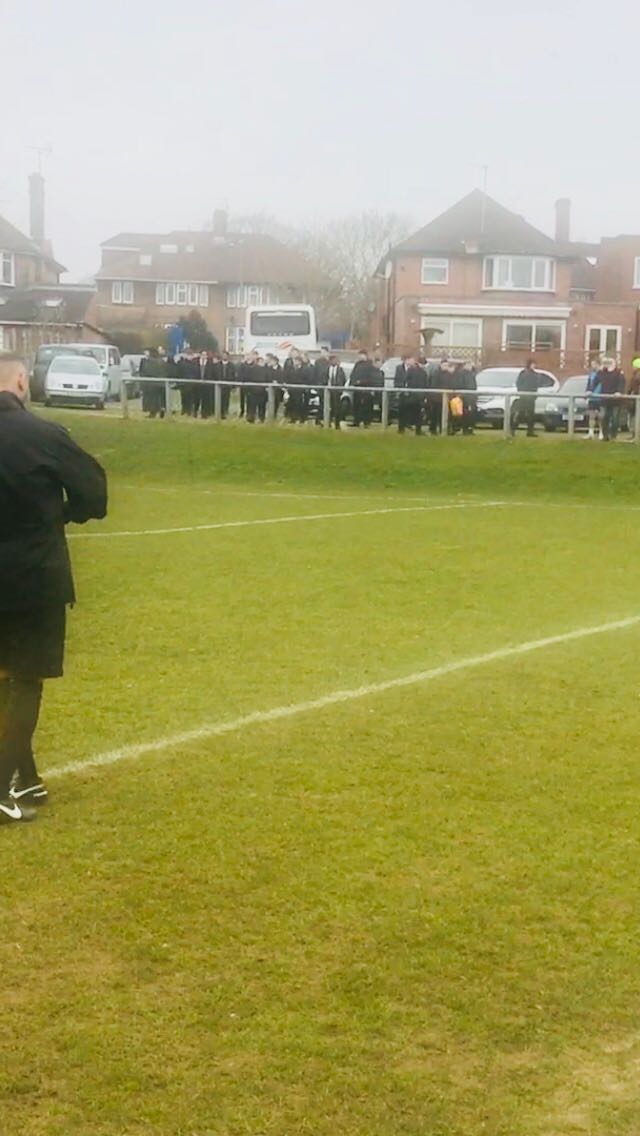