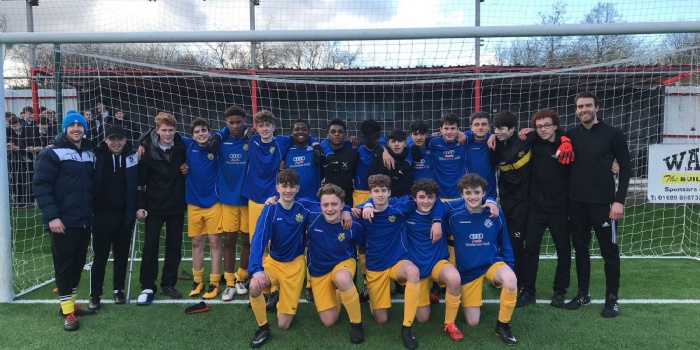 This amazing Finchley side had now reached the semi-final of the National Cup.  This was a massive occasion for both teams, they were both desperate to receive the grand prize, a place in the National Cup final.  Each side wanted to be recognised as one of the top two school teams in the whole of England.  However, a place in the final was not all there was at stake for Finchley in this game, the fixture presented them their chance of revenge, last year Carshalton had knocked Finchley out of the cup in heart-breaking fashion, a last-minute header at the end of extra time saw Carshalton through in their previous encounter.  Finchley were determined not to be beaten again, but the question was could they get their revenge or not?

The game began in a tense manner, neither team were able to find gaps in their oppositions’ outstanding defences.  A sweetly struck volley confidently gathered by Jason Bouyake and a long-range effort from Luke Traynor handled by their goalkeeper were the only notable chances inside the opening half hour.  The majority of the game had been played in Finchley’s half and Finchley were only able to get out and break a couple of times.

However, the deadlock was soon to be broken.  Finchley won the header from a Carshalton throw in and the ball broke to Marlon Fordjour who shielded the ball brilliantly from the Carshalton central midfielder who shoved him to ground in his frustration at not being able to retrieve the ball, gifting Finchley a free kick in a dangerous position.  Alex Aoraha stood over the ball and whipped in a delightful cross towards the back post, Luke Ainsworth rose like a salmon above the Carshalton defenders and headed the ball into the back of the net!  Finchley’s valiant centre back had opened the scoring! 1-0 Finchley!

Soon after the first goal, the famous Finchley faithful finally arrived after their long coach journey all the way from Finchley to Carshalton.  The school had generously hired a coach and again allowed fifty Finchley Catholic students to come and watch the game.  Their constant chanting and rowdy nature spurred Finchley’s players on and intimidated the opposition, their arrival had lifted the mood and immediately gave our players an extra edge.  The only chance for the rest of the half came through Ehimen Osebor working a yard of space for a left footed strike which was saved by the goalkeeper.  Finchley went into the break 1-0 up.

The opening five minutes of the second half began with an improved Finchley performance, they were stringing more passes together and creating more chances for the forwards.  Around five minutes in, Finchley had a corner which Marlon struck deliciously onto Louis Setoudeh’s head, he connected with it well and drew a brilliant save from the keeper who could only parry it back into the danger zone.  Luke Ainsworth again rose above everyone and knocked the ball back down into the path of Luke Traynor who confidently dispatched the ball into an empty net!  Luke had doubled Finchley’s lead! 2-0!

Finchley were starting to assert more control over the fixture, however it was only a piece of heroic defending and goalkeeping which prevented Carshalton from getting back into the tie.  Carshalton’s corner was floated towards the back post and their central midfielder knocked it back into the six-yard box, a header was directed goalward and only a miraculous headed goal line clearance from David Gaughan kept the ball out of the net.  This was then followed up by Jason courageously throwing his arms towards the ball which took the pace off it and allowed him to gather it after the goalmouth scramble.  This stretch of play resulted in the brave goalkeeper getting injured however he still managed to see out the remainder of the game.

Five minutes after this Finchley extended their lead even further.  Kieran Walsh’s throw in was aimed at Ehimen who superbly held up the ball and shrugged off his man before pinging it to Marlon in the penalty area.  Marlon could easily have gone for goal himself, but he intelligently laid it off to Louis who took a composed touch to set himself and then without a moment’s hesitation lashed it across goal into the back of the net!  Finchley were in dreamland! They were up 3-0!

Carshalton reacted well to conceding a third and were starting to claw their way back into the game.  They received yet another corner which was viscously struck towards the back stick, they won the header and this time it bounced its way onto the post and the rebound was steered clear of danger by David yet again.  However, the referee controversially concluded that the whole ball had crossed the line to the utter disbelief of everyone in the stadium.  Carshalton had a goal, 3-1.

After scoring their first, Carshalton now had their tails up and were creating many more chances than they were previous to their goal.  A Carshalton midfielder picked up the ball in the final third and let fly with a powerful, dipping effort.  What had looked like a certain goal was stopped by Jason making an acrobatic, miraculous, fingertip save onto the crossbar and over, preventing a grand stand finale.

Finchley saw out the rest of the game in a professional manner, they withstood the onslaught of pressure Carshalton were giving them, clearing every cross and long ball which came their way.  A sense of anticipation hung around the stadium and the referee eventually blew for full time!  Scenes of jubilation followed the full-time whistle, once the handshakes were over the Finchley boys charged over to the devoted supporters to celebrate with them! They had achieved what had once looked like an impossible task, they were in the National Cup final! 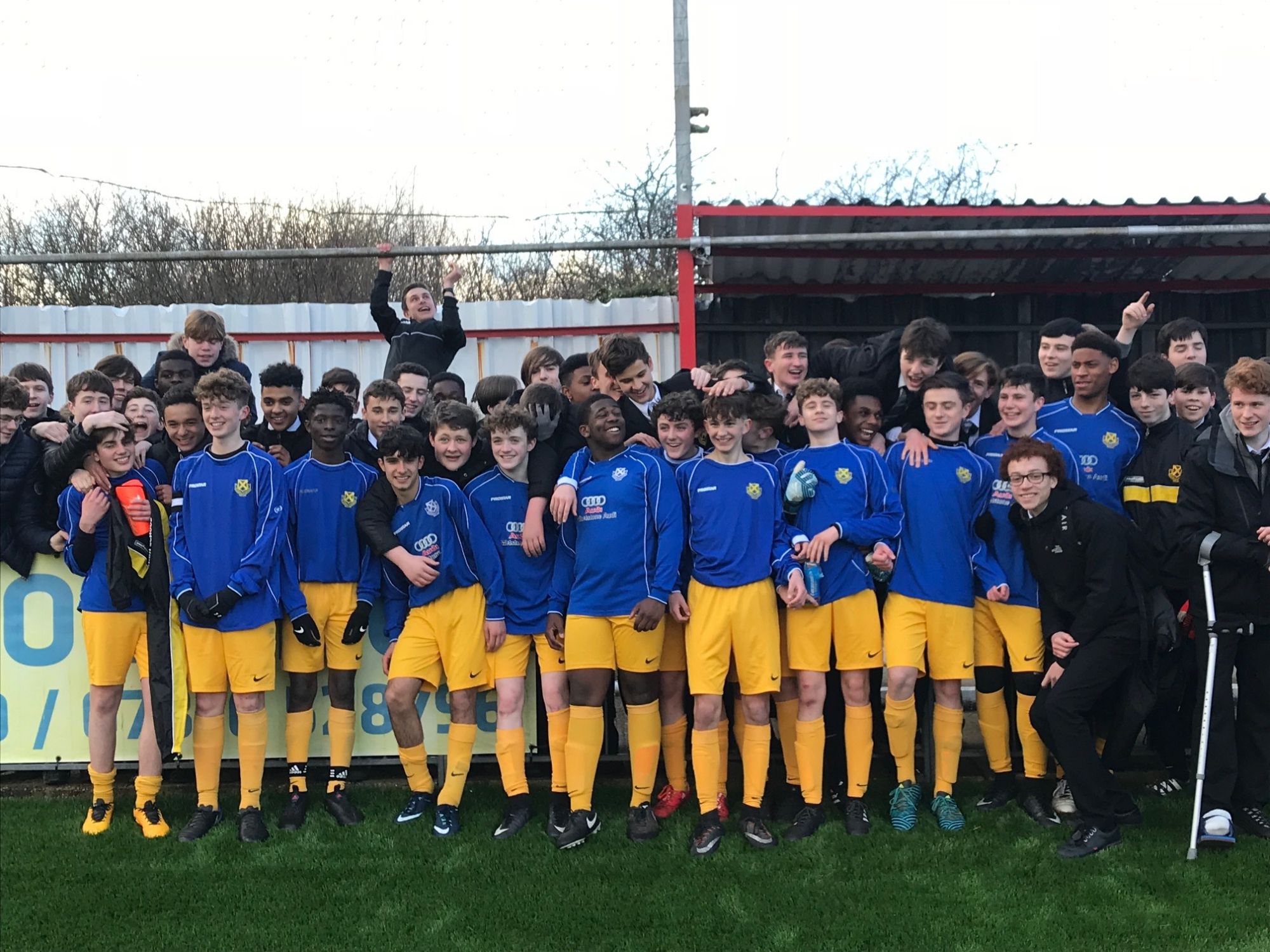