Year 7 celebrate the 90th anniversary of the school and Easter with a house competition!

On the 22nd March, two representatives from each form in year 7 took on the 90th anniversary clue quest!

All the students did a fantastic job working out the clues which were based around the history of the school and ran as fast as they could to collect their puzzle pieces. At first, it seemed that Bampfield would win but they were beaten at the very last moment by Feckenham, closely followed by Fisher.

Once the students had got their breath back, they took part in the final challenge, which was an Easter egg hunt on the school playground. With 60 eggs to find in ten minutes competition was fierce but More came out the winners and won an Easter egg for each member of their form.

Below there are some photos of the event and the student's reflections on the competition. 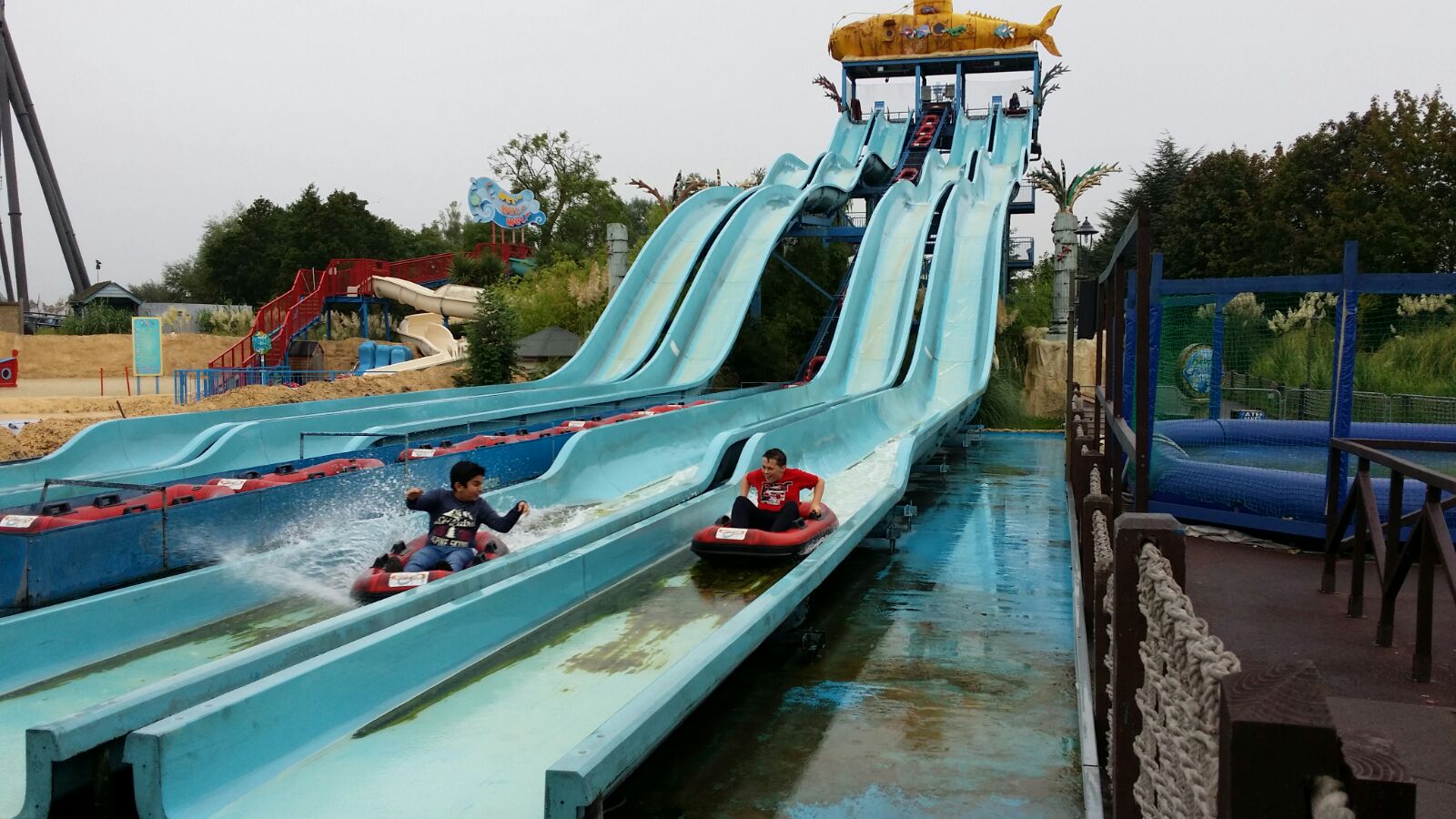 “I found it really fun yet tiring but it was really interesting though to see places in the school that I wouldn’t really realise but overall it was amazing.” 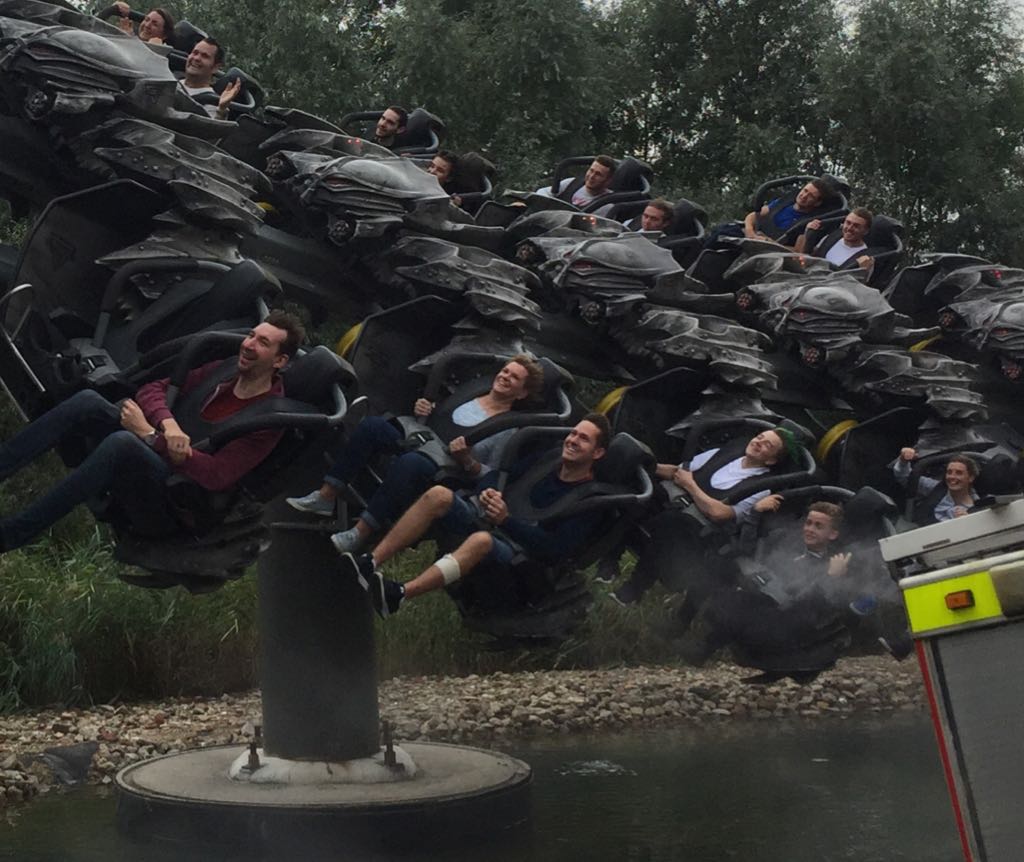 “Yesterday, I took part in a treasure hunt. We had to solve each clue and then run to each building. After that, we had to open up each answer and put together the puzzle, then run to our final destination and tell the answer to Miss Stefanicki…it was really challenging but I had loads of fun. My tie came second, we lost by 1 second. Then we took part in another activity to do with Easter. I had to find Easter eggs on cards. Altogether there were 60 cards.” 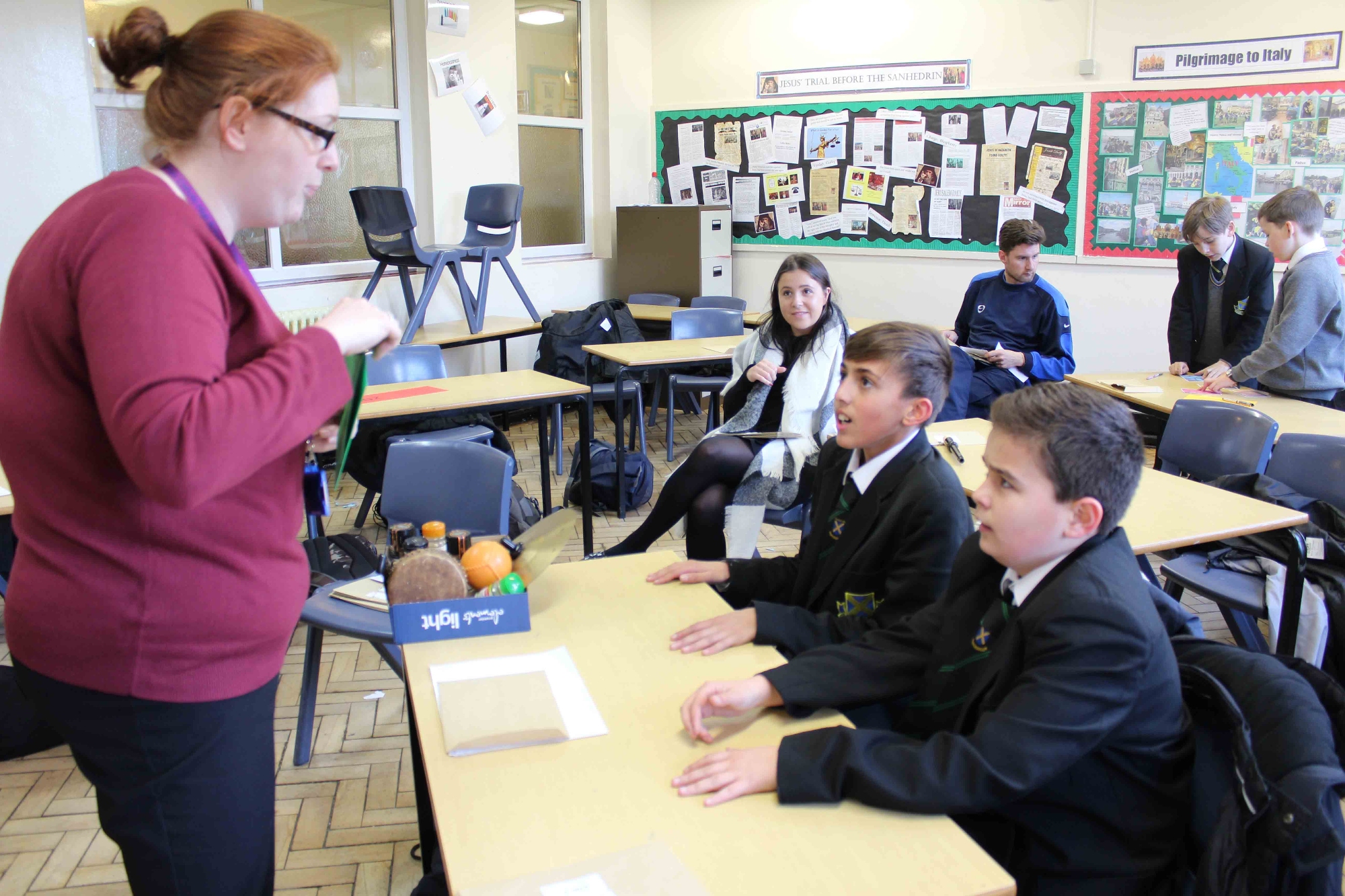 “On the 22nd of March there was a treasure hunt for year 7 and 2 people from each form were picked. Each form got six different clues and the answer told us where the next clue was. Each question was either about the school or the 90th anniversary and some questions were hard. In one of the clues there were different pieces of paper making a big image of St Alban. We had to work out where the statue was in the school which was in the hall. We went to the hall to collect the next clue. It was really fun and I really enjoyed it.”

“The treasure hunt was very fun and the clues were very hard. The Easter eggs were easy to find though.”

Oliver 7H
“In the treasure hunt we were give a series of clues to find envelopes around the school. It was so fun! Me and my partner Enrico came third but it was so close! However, it’s not as easy as it looked. In order to win we had to be the first to return with all 6 envelopes. We had to run as fast as we could! Even though it was hard and we kept running out of breath, we still did it! Anyway, we had a great time and I would definitely do it again!” 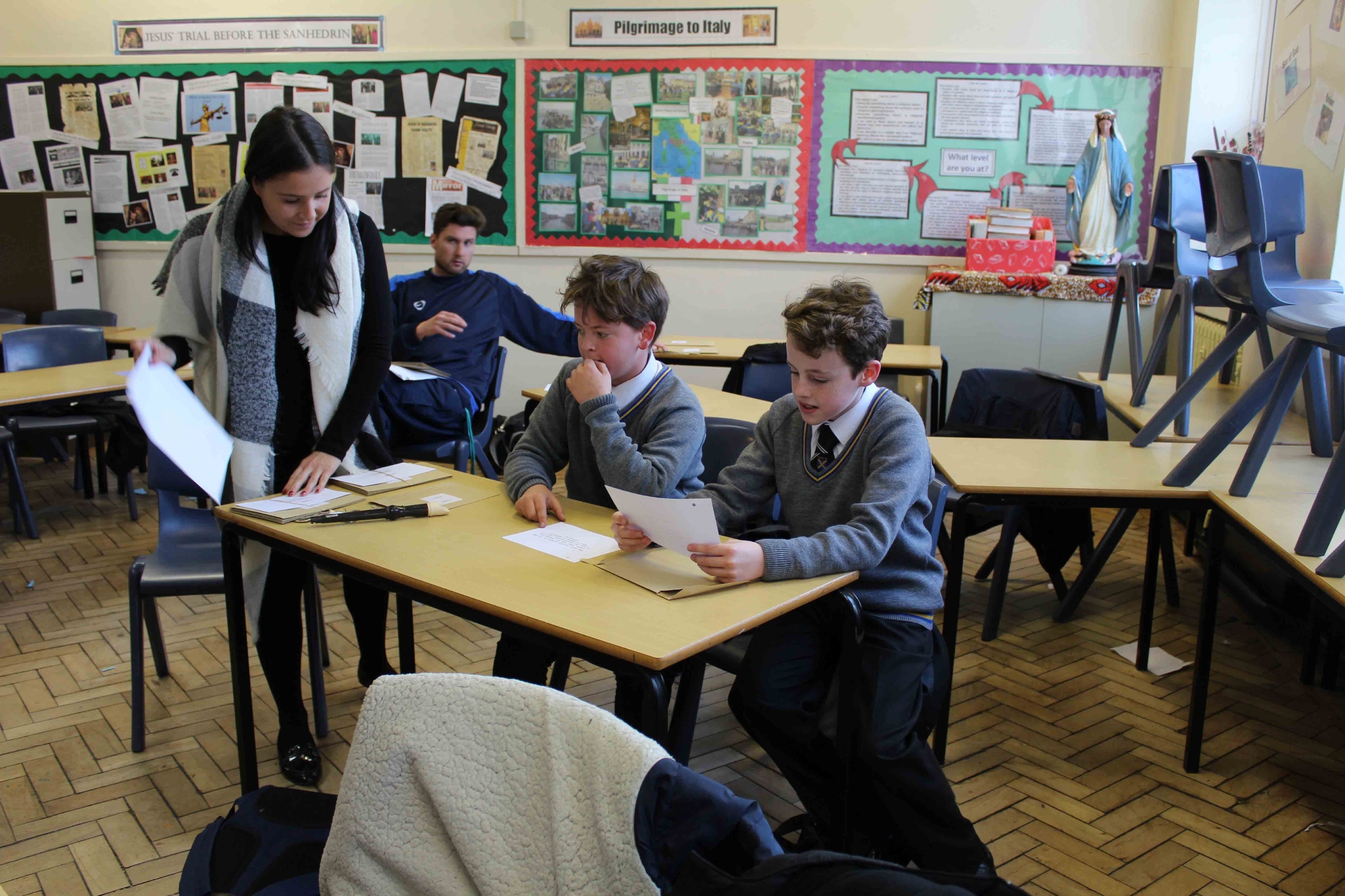 “During the clue quest we were told little pieces of information about the school and it’s buildings and we were required to run to places in the school and collect clues. In the end, you had to run to the hall to pick up the last clue and get to a teacher and say a secret word. My favourite clue was the anagram of the teacher’s name. This was fun because I used my brain to the full extent and was the first to figure it out. Very fun event and would do it again. After that we were sent on an Easter egg hunt to try and pick up as many Easter eggs as possible. All in all, I think this was a brilliant event and I enjoyed it very much.”

“I enjoyed the treasure hunt because the questions made us think a lot. My favourite bit about it was the final egg hunt because I think we won. On the first part, on the last question, I guessed the question and I got it right.” 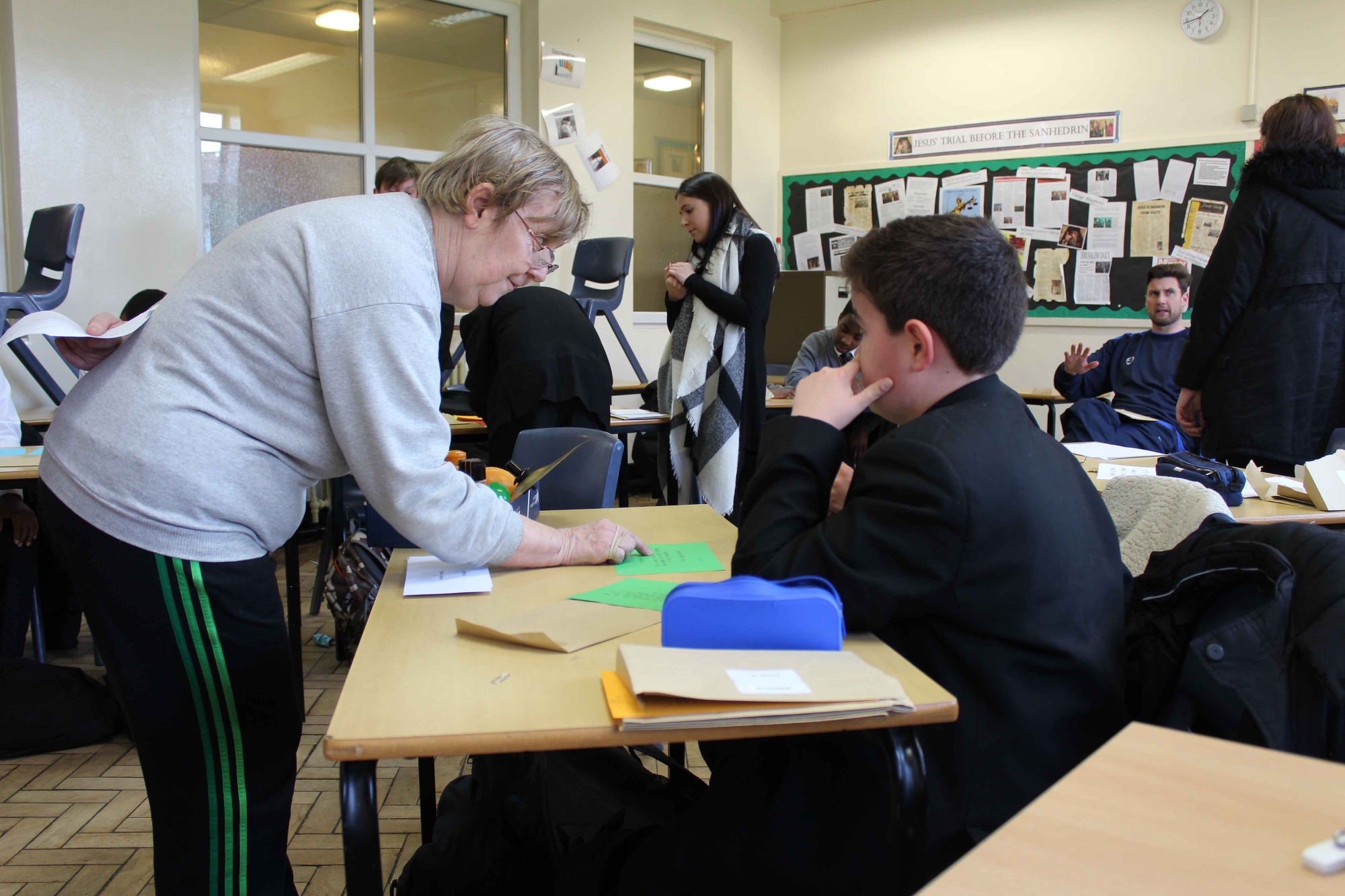 “I think the clue quest was fun but tiring. I found the treasure hunt was complicated but fun. The best part was the clue quest because of the running up and down. Without doubt this is the funest thing this year, I never found anything boring. I had the best team ever with Miss Moggan and Hamdeh. Even though we didn’t win, it was really fun.” 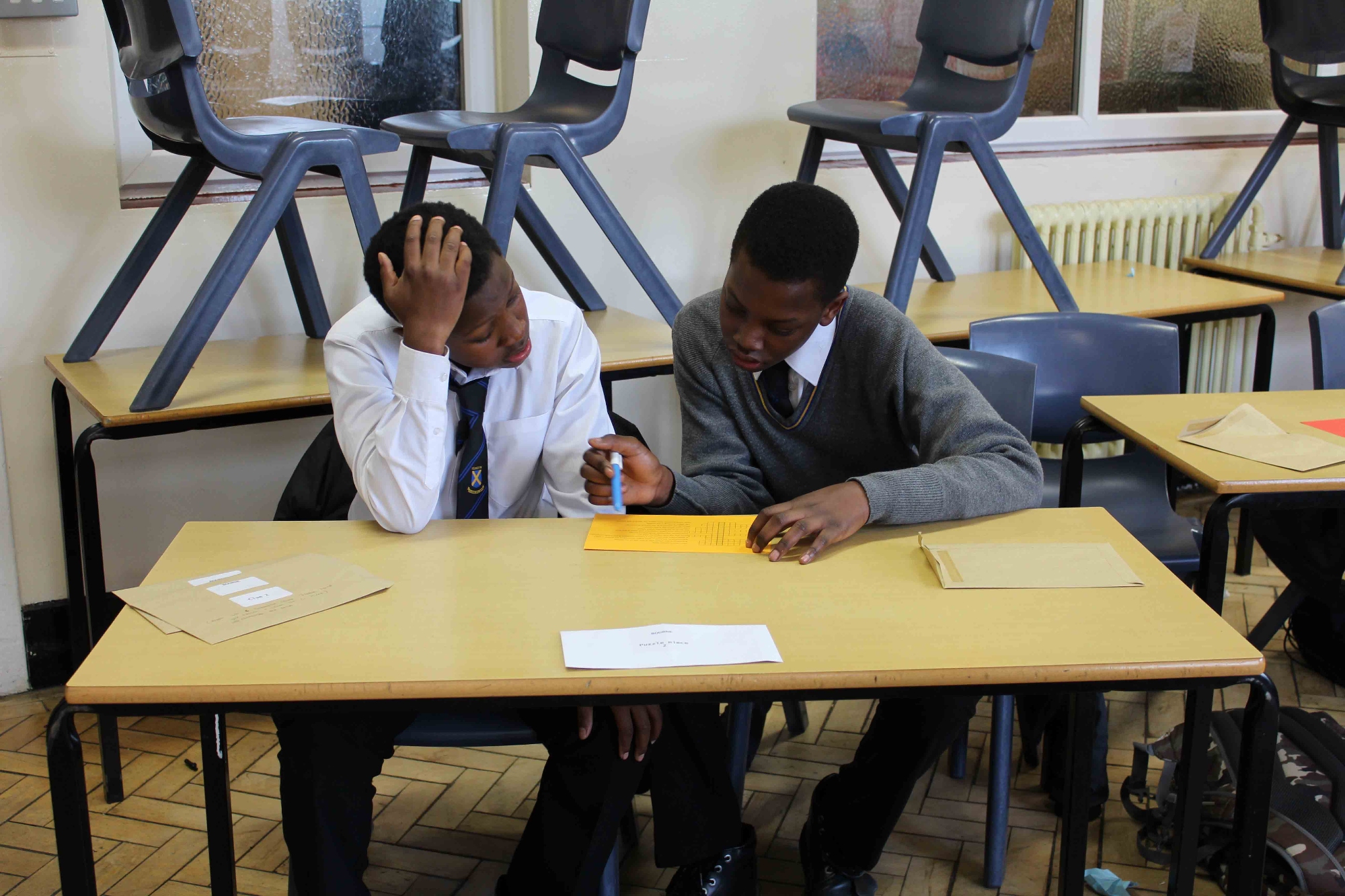 “Alfie and I had to find 6 clues which was the same as every other form. We had to find one clue at a time and bring each one back to room 7 after we found it. Once we found all 6 clues we had to put the clues together to find the last clue. This clue had a question and we had to find Miss Stefanicki and tell her the answer to the question. After leading the whole way through the hunt, we came 2nd and yellow tie came first. Everyone was sweating afterwards. After that, we had another hunt but this time for pieces of paper with eggs on them. We had to find the eggs and whichever tie has the most eggs will win a prize. I am so excited! It was very fun and I loved it!”

“The treasure hunt was extremely exhausting but it was also extremely fun. Although we came 5th it was still very fun but we are very confident we did well in the second activity.” 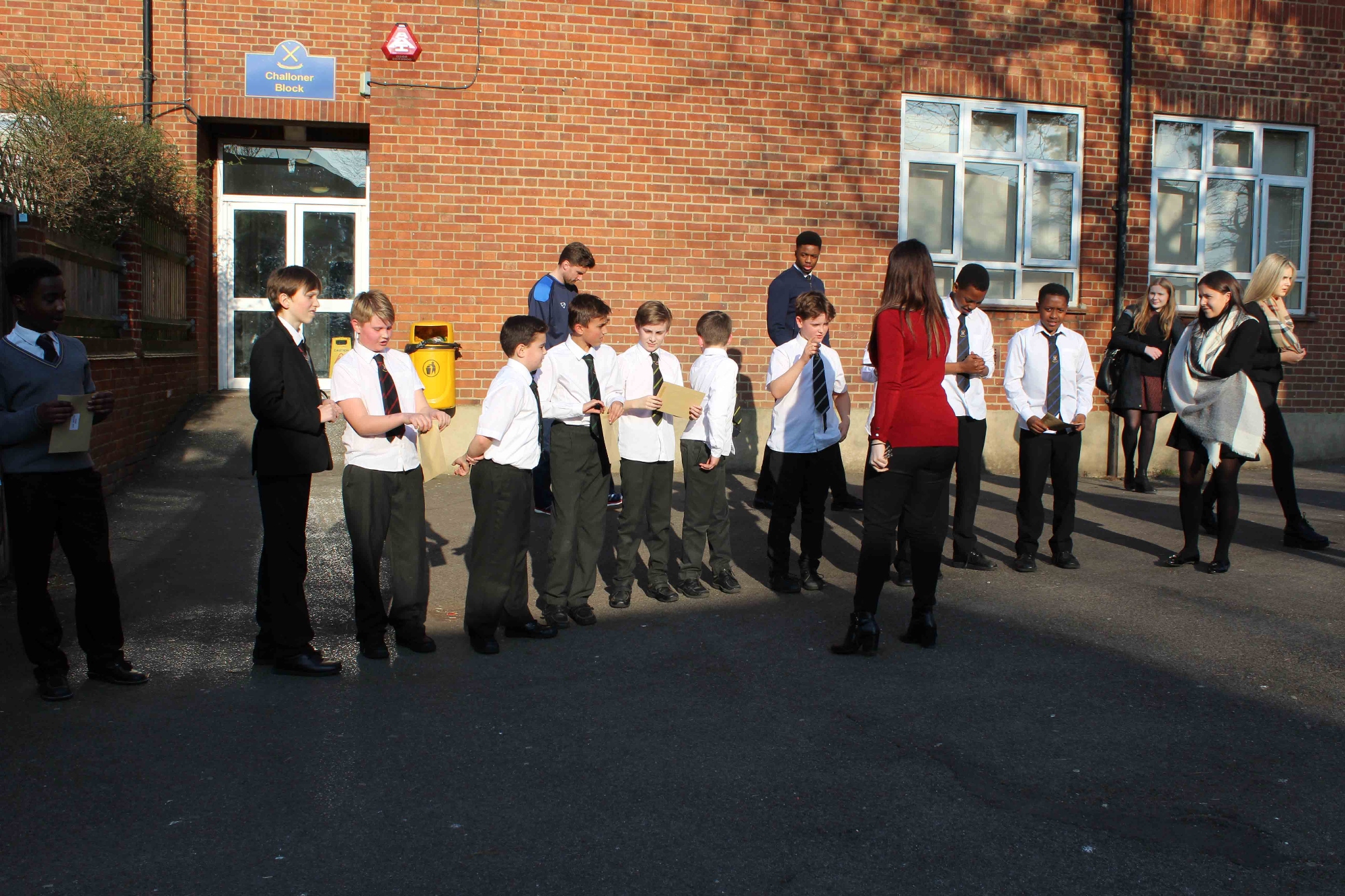 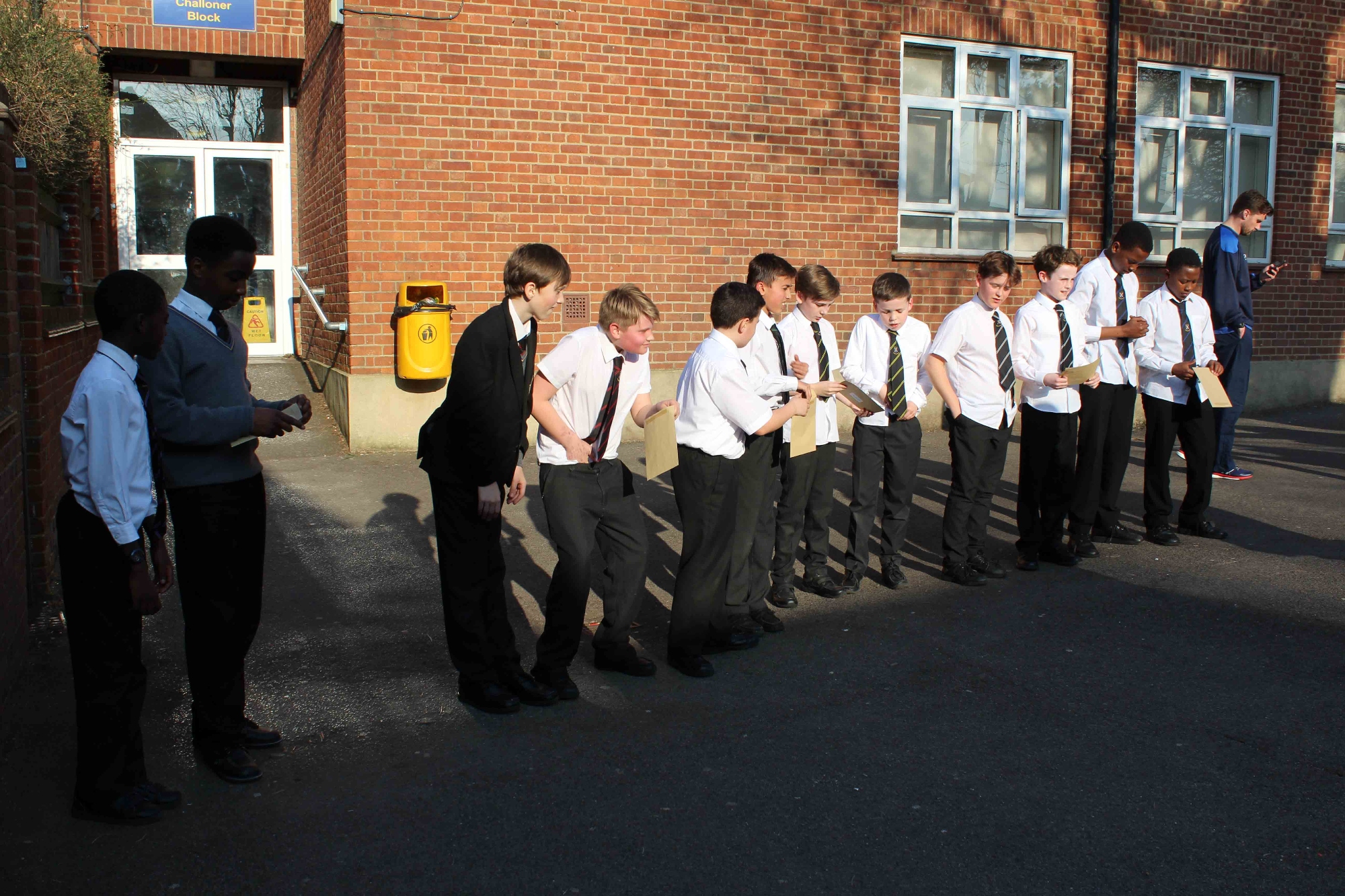 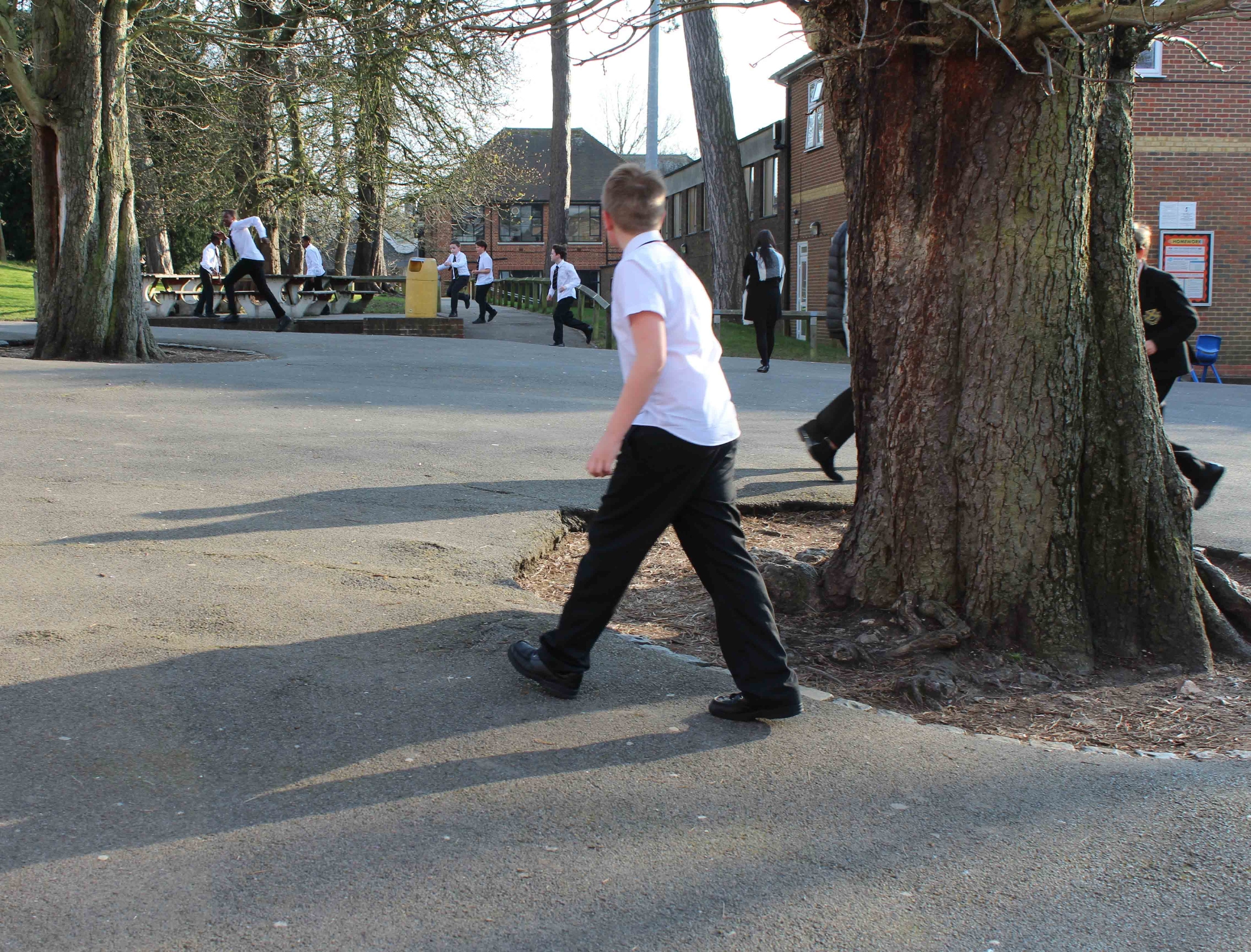