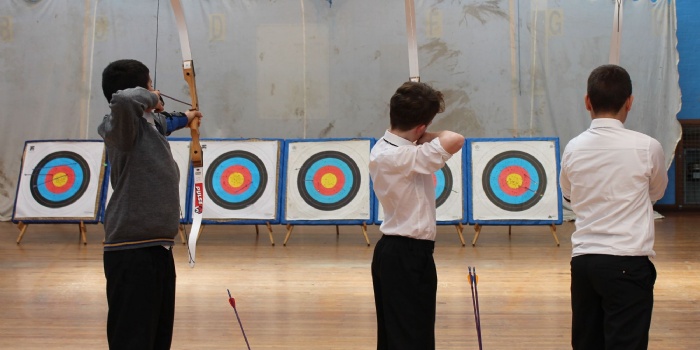 On Thursday 14th April, two boys from each House in years 7 -10 took part in an archery lesson and tournament.

Two fantastic coaches from Experience Archery guided the students through the basics of positioning, holding the bow and arrow and the fixed sight technique. They then let the students demonstrate what they had learnt in a House competition! The winners will be announced in assemblies next week.

There are some photos of the day below, along with an image of the archery club in the 1970s taken by Mr Hewson and an account from Mr James of how the club came into existence. 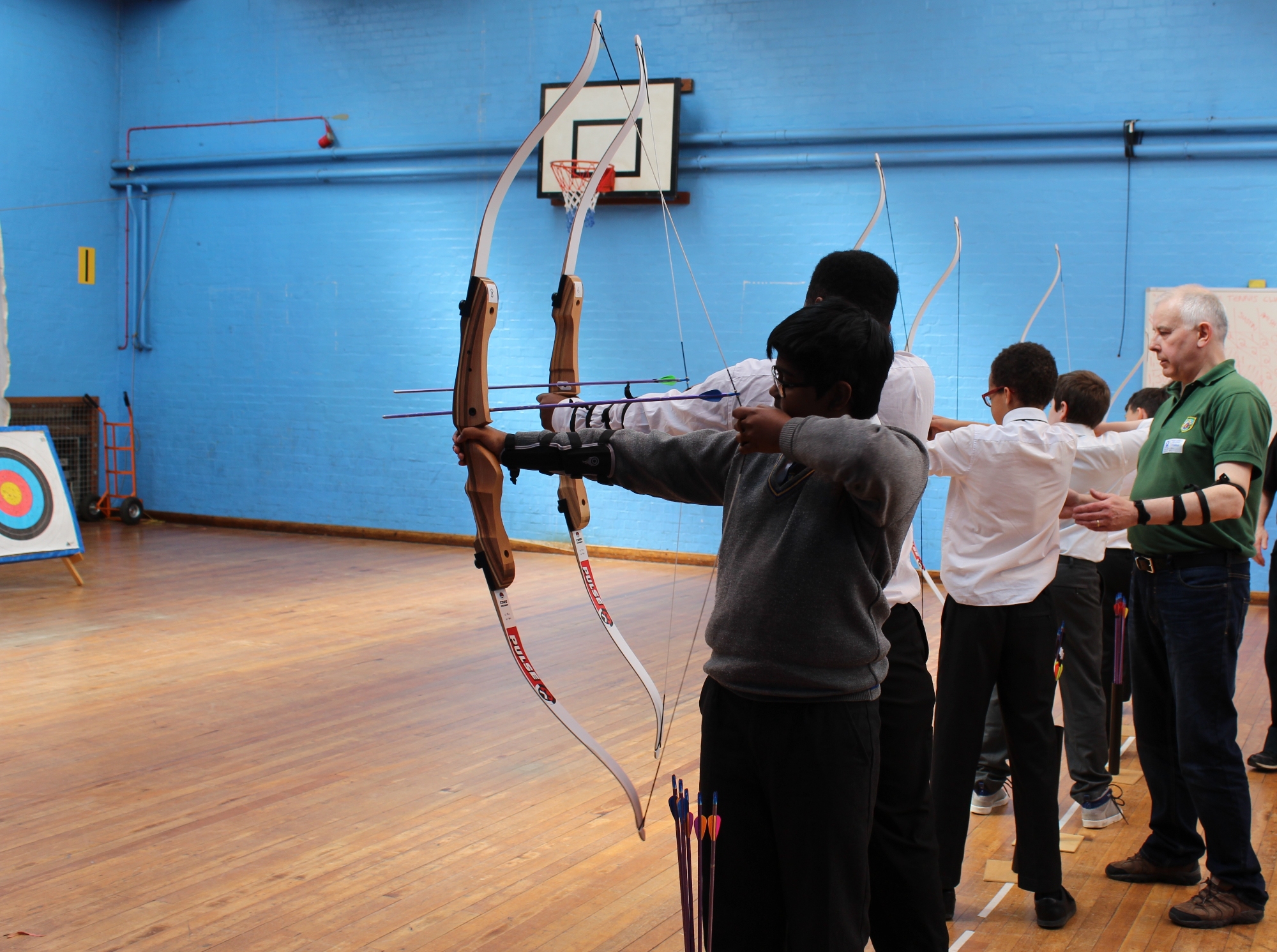 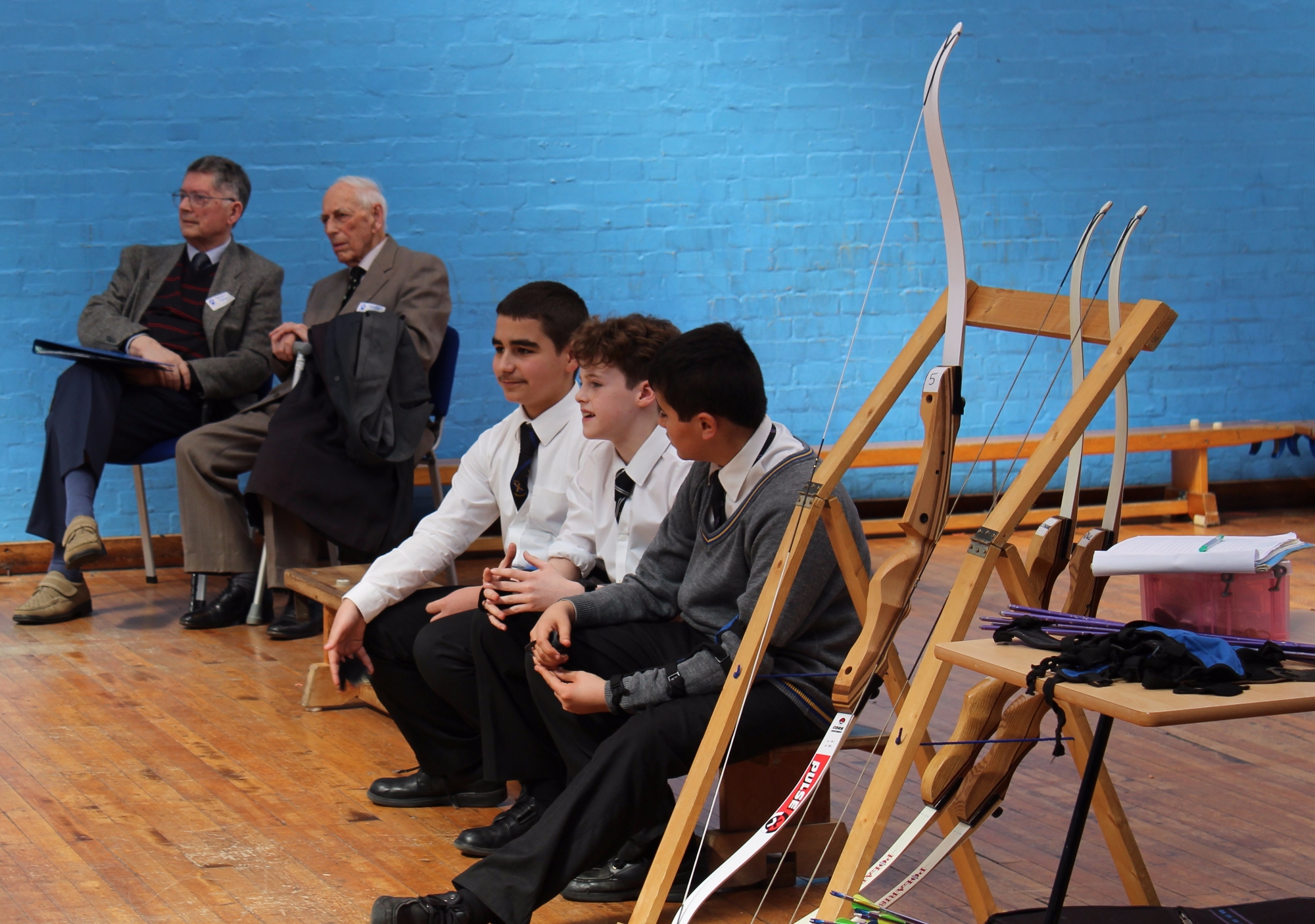 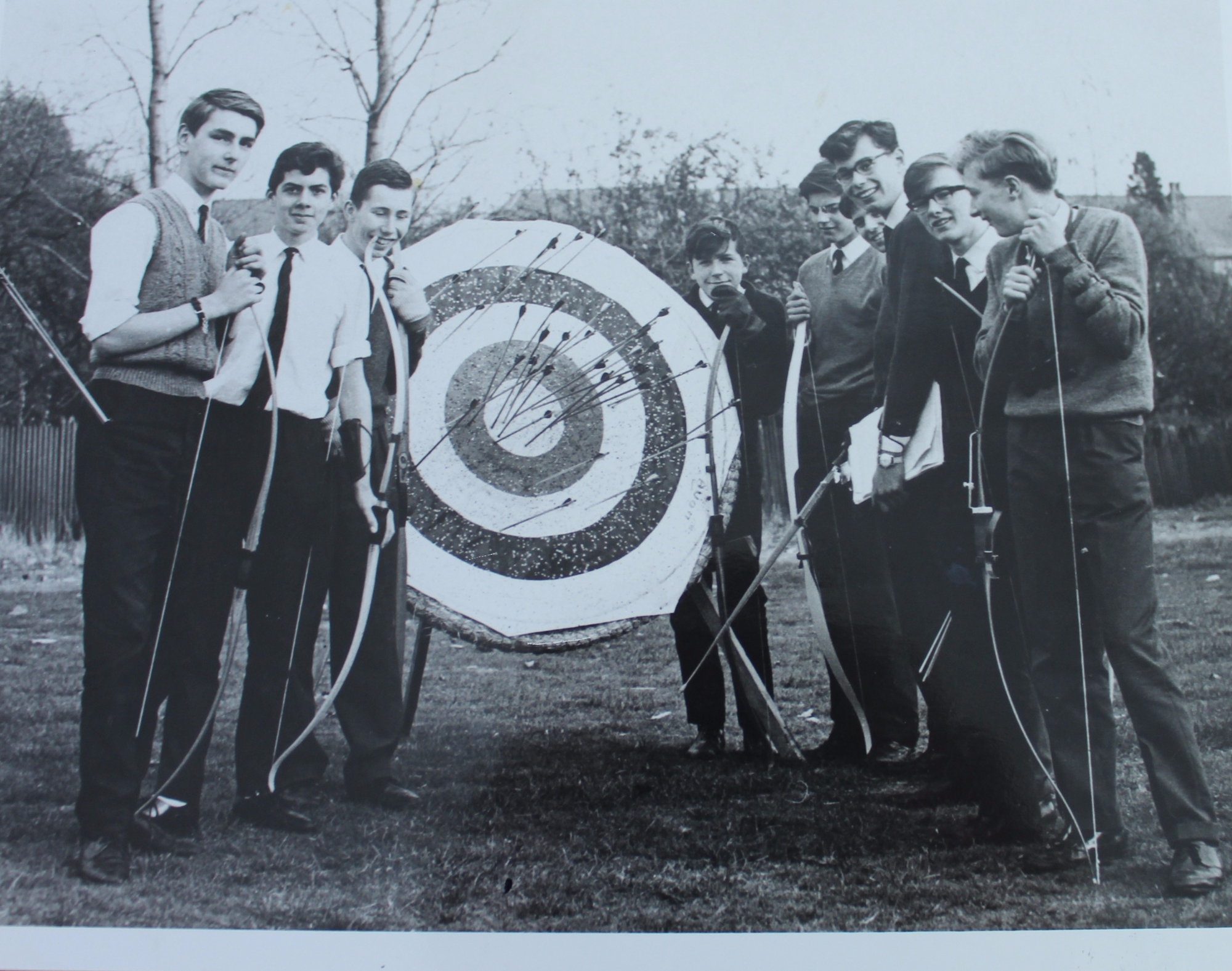 “The school archery club was started in 1957 but it can be said that is origins lay with William Shakespeare and the then current films of Richard III and Henry V!

I was a 6th former studying the Tudor period for A Level history and became absorbed in the historical importance of the English long bow. Having made several futile attempts to make my own bow from off bits of wood, I was enthralled to witness an archery shoot by a club in Barnet Lane, Totteridge. This made me determined to have a go for real.

After the Second World War modern archery in this country was still in its infancy. There was a monthly magazine called “The British Archer”, in which I read avidly about metal and composite bows then becoming available, jigs for making arrows, quivers and accessories – all financially way beyond my means. Through the advertisements I got an idea of what was being sold and where.

I had previously initiated a tour of an aircraft factory and learned that to succeed it was essential to have the backing of a master. Enter an old boy of the school Mr Hewson (aka “Sammy”), a popular master who taught General Science. It was Mr Hewson who somehow managed to get the powers to be to fund the club from a limited sports budget – this was a major achievement that must be a story in itself, bearing in mind the undoubted health and safety risks involved.

It was this that I found myself accompanying Mr Hewson to Woodside Park Underground Station on the way to Piccadilly Circus and Lillywhites – a major sports retailer of everything, including archery equipment.

There followed a blissful immersion in all things archery for which I was the guinea pig. I was tested for draw weights and arrow lengths. I was given one bow and asked to pull it fully back. To my horror the bow shattered! I was petrified that I would have to pay for it, Mr Hewson was concerned that I may have been hurt and the sales assistant was afraid I might sue the shop!

I had little input on what was ordered or knowledge of the extent of the budge. However, targets, easels, practice bows and arrows appeared and the first shoot took place on the field adjacent to the playground. Mindful that we were all novices, this was a courageous decision!"