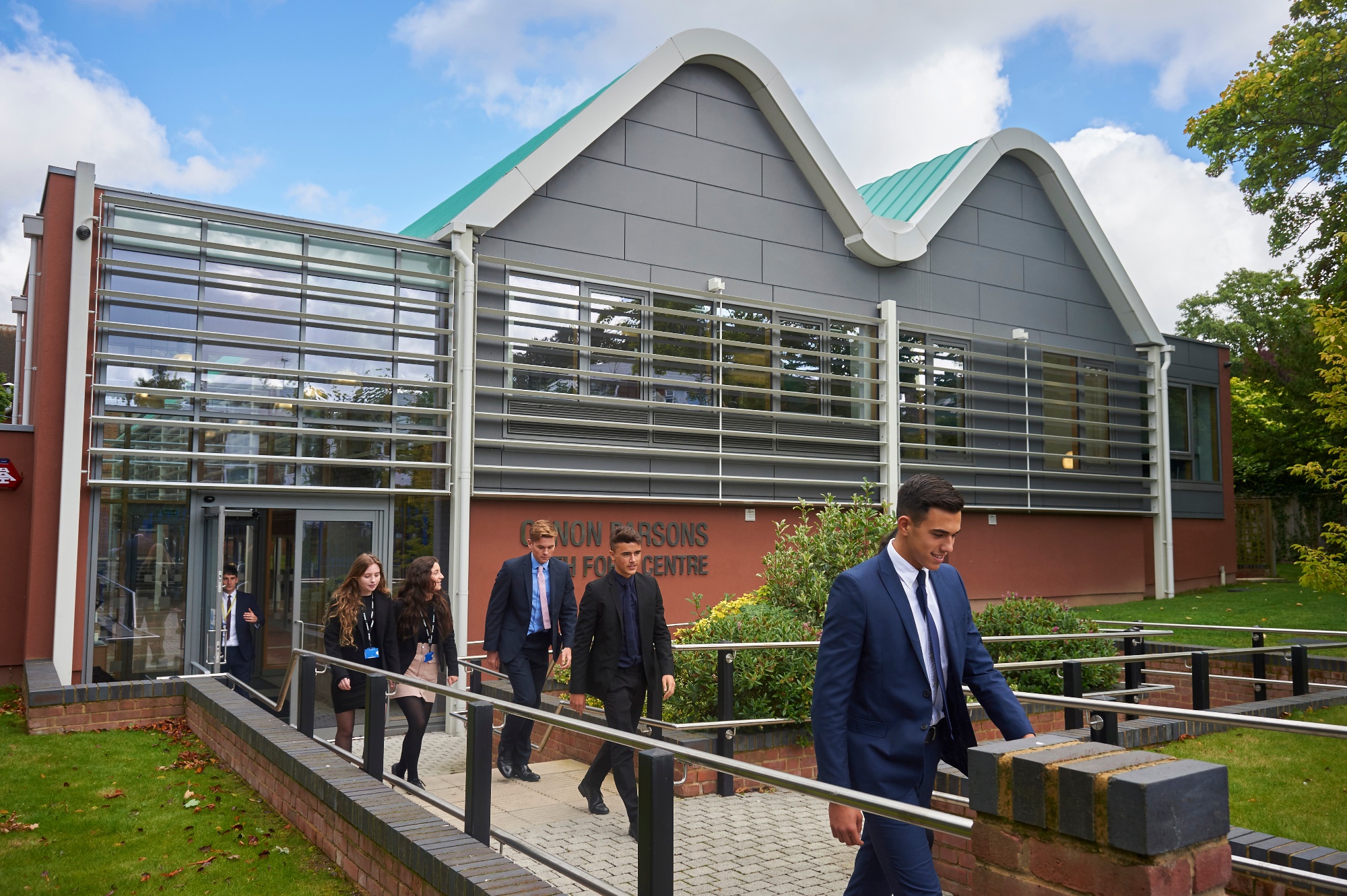 Reflection of the day by Daniel Theys, Year 12 student

On Thursday 12th September 2019, Year 12 students of Finchley Catholic Sixth Form visited Southover for a retreat that would engage them spiritually and deepen their faith journey. In addition to this, there were some fun icebreakers that allowed for some of the new students to the Sixth Form to blend in with their new colleagues. New friendships that would allow for a greater and more broad experience of their time at the school.

It was a wonderful day, the sun glistening, perfectly reflecting the exuberant mood. When the students promptly arrived at 09:00, There was chatter and excitement for the day ahead. Once the teachers had explained the meaning of the day, the students were split up into their form classes and started partaking in some challenging activities. One of the challenges which I found had the most difficult was the knot game. It was impossible to get out of! Some other notable games included pole balancing, where you could only balance a beam with your fingers. This meant communication and teamwork were key, some of the skills that can be developed whilst at Finchley.

Once the signal had gone for breaktime, football was played so that some steam could be let off. After 20 minutes, we returned to the action. I never thought that balancing a tennis ball could be so hard! After the activities were at an end, we went for lunch. The weather was glorious and so perfect for playing a bit of sport. After lunch had concluded, students were tasked to focus on their spiritual side, something apart of the ethos and makeup of the school. Ms Parsons took some of the students for meditation. This allowed them to reflect on the day that they had, the friendships they formed and how they can improve as a person. Ms Boland asked students where they would be in 5, 10 years’ time. This allowed students to set goals and targets for the future, which would make them work diligently in school in order to achieve their aspirations.

To conclude, the day was a huge success as new students got familiar with new surroundings and internal students deepened their spiritual nature. This day would not be possible without the pastoral team, so thank you! Thank you to the students who participated and behaved outstandingly.