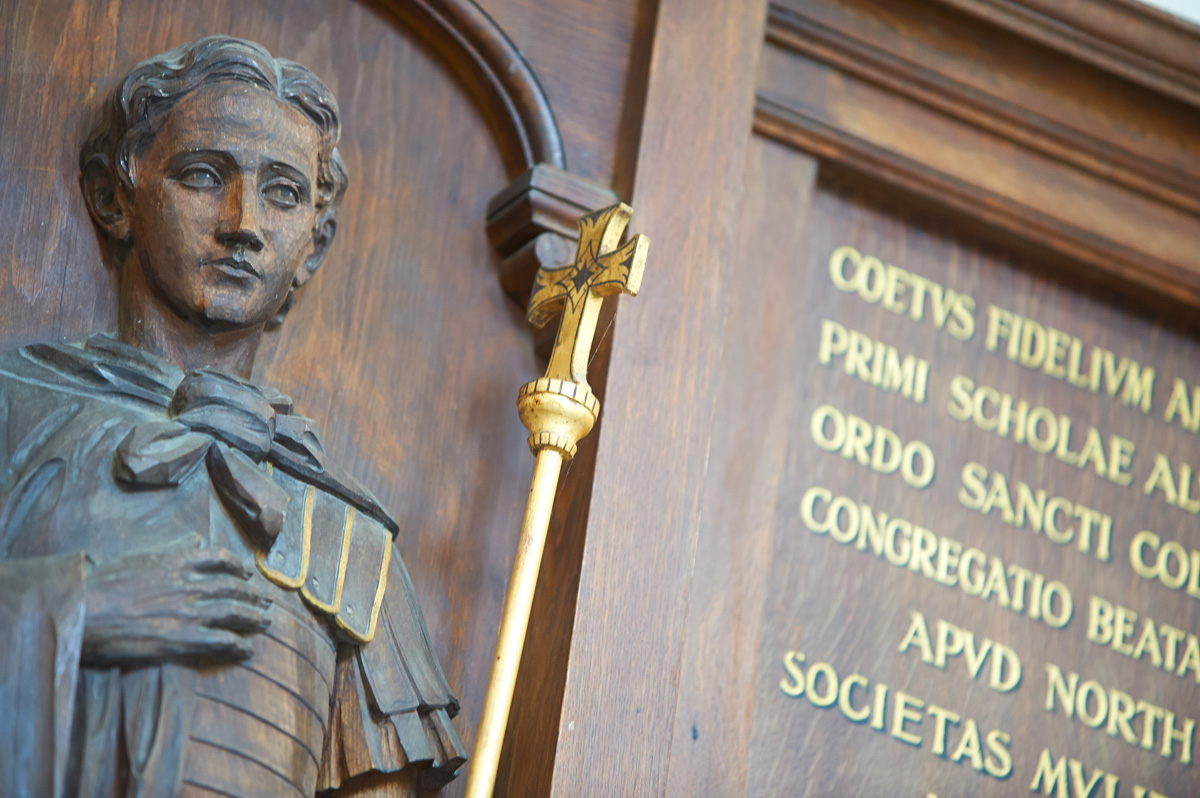 Finchley Catholic Grammar School for Boys was founded in 1926 by Father Clement ‘Pop’ Parsons, the Parish Priest of St Alban’s Church in North Finchley. He remained as headmaster until his retirement in 1962, later becoming Monsignor Canon Parsons. Lessons for the first 18 students took place in the presbytery of St Alban’s, and it was not until 1929 that the school moved to its current location in the grounds of Woodside Grange. The school grew rapidly and by the outbreak of war in 1939, it held 270 students. The school lost 29 former students and one former teacher in the war and its aftermath, commemorated in the film below watched by our students before the two minutes' silence on Remembrance Day.

After the war, a separate institution, The Challoner School, was set up next to the Grammar School for fee-paying students, but in 1971, the two institutions came back together and went comprehensive under the current name of Finchley Catholic High School. In 2002, the school obtained specialist status as a Business and Enterprise College, and in 2007, the Sixth Form began admitting girls for the first time. FCHS is looking forward to its 100th anniversary in 2026 with 1,200 students now on the roll, and remains one of the oldest schools in the Finchley area.