A year of great sporting success was topped off recently with the Year 8 football team achieving the treble in a 3-1 victory in the final of the Middlesex Cup against Salvatorian College.

Congratulations to all the team and their manager, Mr Hobbs, who was ably assisted by older students, Luca Leonard, Michael Wilson, Ronan O' Callaghan and Joe Mangan. A special mention goes to Marlon for his superb hat-trick. The county cup victory follows a Year 8 Barnet Cup final victory of 4-2 against Whitefields as well as the Barnet league title.

Other football success this year has come from the Year 7 team who were Barnet Cup winners and Year 10 who secured the Barnet league title.

Our success in rugby continues to grow, with Years 7, 8, 9, 10 and 11 all winning their respective Barnet League finals at Allianz Park.

Congratulations to all our players, managers and to the P.E. department who’ve worked so hard to achieve these impressive accolades. 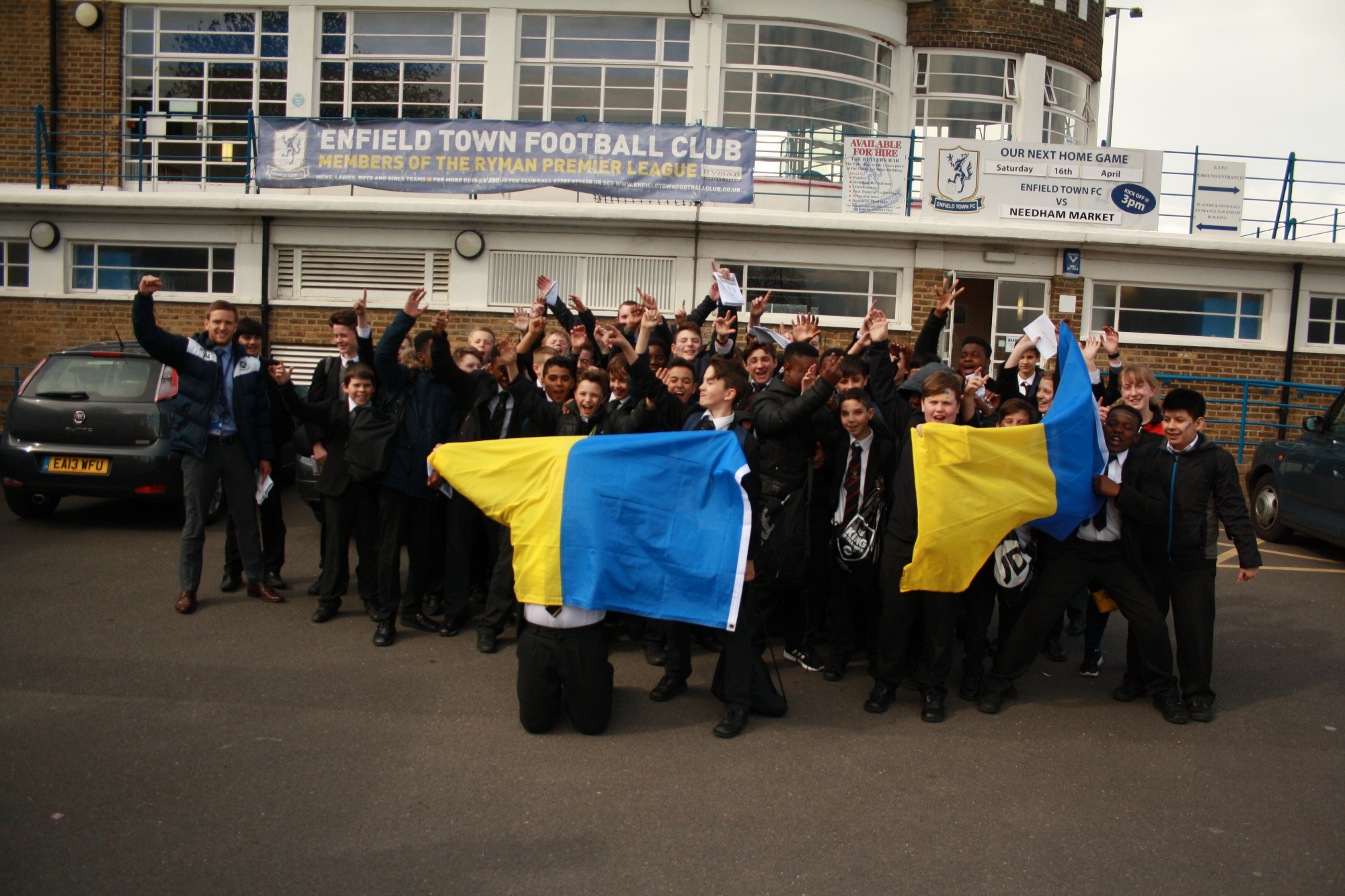 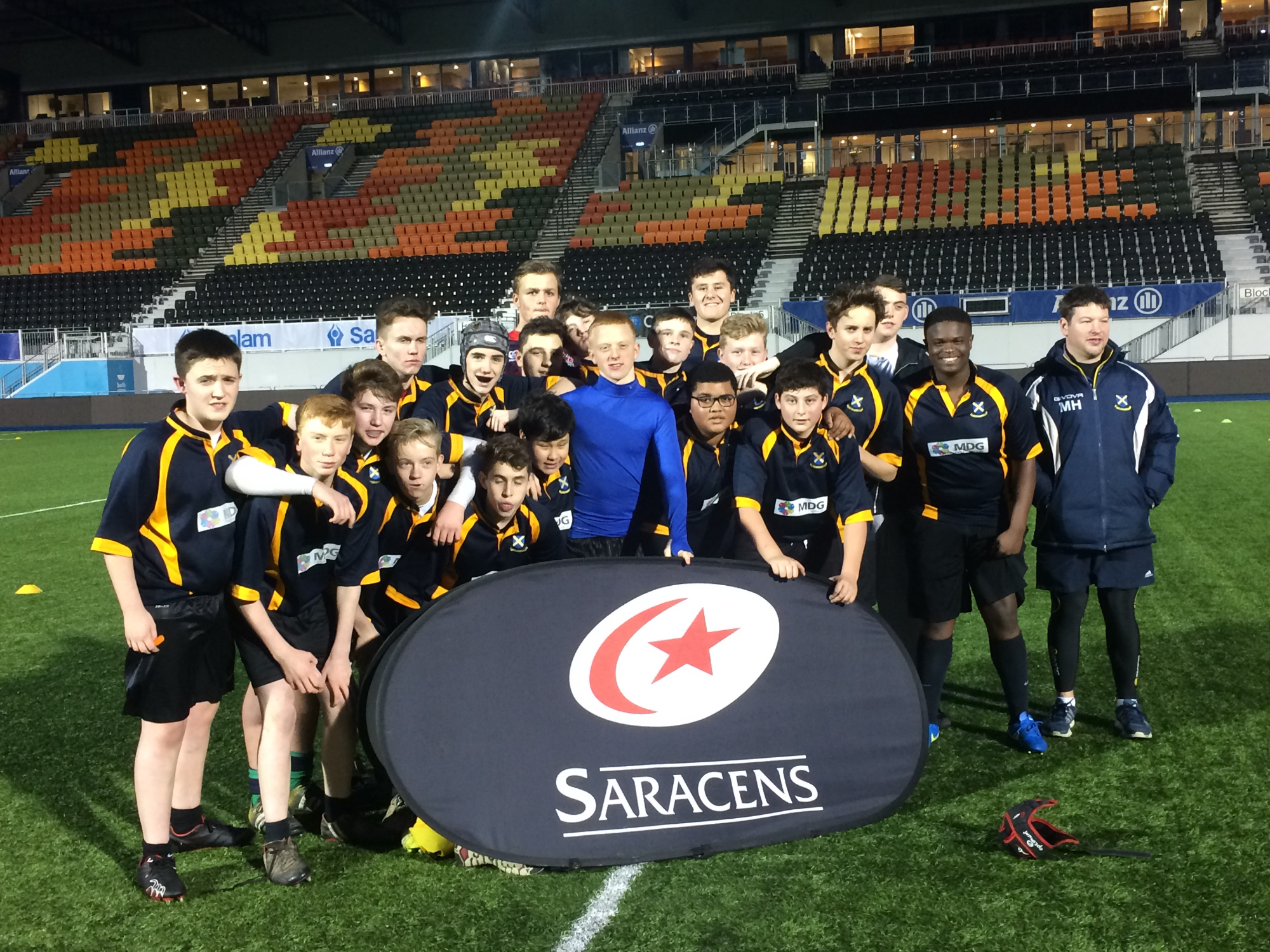 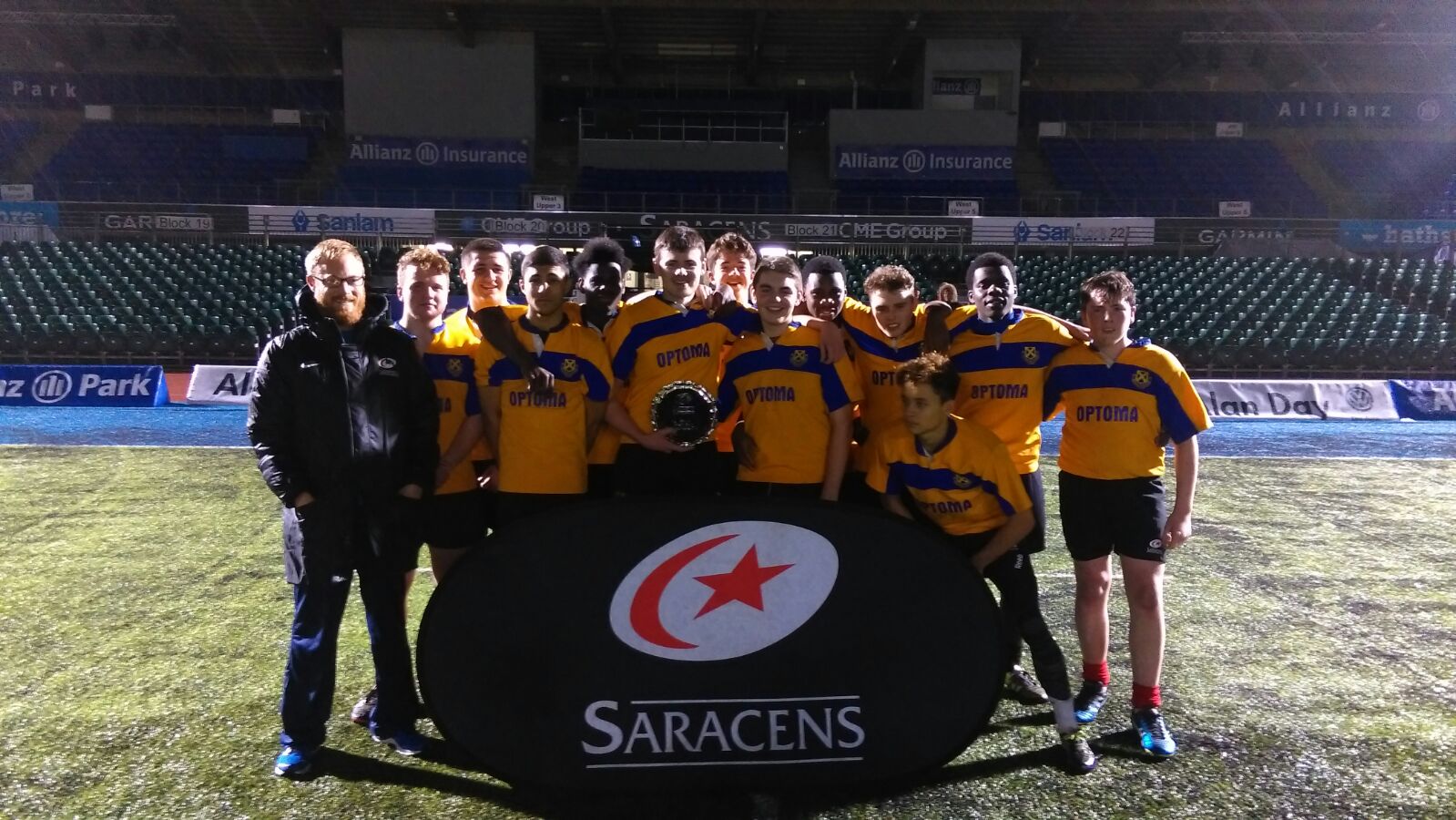